What is it like to be a background extra on a major motion picture set? Fortunately for you, random reader who obviously has followed my career with avid anticipation (hi mum), I've spent a large portion of my career making decent money as a "background artiste" otherwise known simply as an "Extra". From "Shaun of the Dead" to "Justice League" and "Solo: A Star Wars Story", I've done extra gigs on and off since I was a wee kiddy. Extras are basically those people you see in the background of a film or TV show, the kind that's so disposable and interchangeable that we're pretty much human props or part of the set design. But at the same time, even though we are the lowest run on the film production ladder, our presence is often indispensable. I say this from my time on the highest end of the ladder as a Producer, your work can feel lifeless without background artists as though you're watching a stage play rather than a living breathing world viewed through your screen.

Now I'm not going to pretend that by taking a gig as an extra that you are the unsung heroes of cinema, though I do believe anyone who worked hard and got a credit that most audiences simply breezed by while waiting for Samuel L. Jackson to appear in a post credit scene is a true champion - especially those who have their job questioned as if it's some kind of fake job and not really a thing like "best boys" and "DITs". Working as an extra varies from production to production, and you're coordination is handled by the assistant directors, usually 2nd or 3rd AD as the 1st is usually busy with crew. Some AD's will treat you well, like you're part of the family and your job isn't great but someone's got to do it. Others, especially in crowd scenes, will tread you like you're cattle to be herded, and don't you dare step out of line or invoke the mighty wrath of the AD, those are the kind of power tripping idiots who honestly don't belong on any film set. No matter the job, people deserve respect. As the lowest run on the ladder, you are a living, breathing, prop and a fair few times people will move your limbs around like a mannequin especially if you're playing a dead body in the background and many of the other dead bodies are literal mannequins. No, really, I've been mistaken for a mannequin and scared the life out of a poor make up girl once when the dead body on the floor needed to stretch a little. But financially it certainly comes with it's perks, especially if the job is union rates like SAG-AFTRA in the US or FAA rates in the UK, which give you pay-bumps for almost all additional aspects from a haircut bump to extra for dialogue, getting wet, body doubling or even an early call time will get you extra cash in the bank. If you want more information on the various rates, here are a couple links for SAG-AFTRA rates and FAA rates, depending on your location.

There are various types of extra work and I'd personally divide them into three categories; crowd scenes, corpse scenes and close knit groups - with a fair amount of overlap between these.

The biggest and for the production, most expensive, days are Crowd Scenes. This is where you play as an indistinguishable face in a crowd next to legions of other extras, sometimes in the literal hundreds. These days feel the least personal because you are literally one of dozens of extras and the production is, as always, limited on time, so much so that more than half of the crowd these days will be CGI duplicates of several, if not all, of the extras in the crowd using a 3D scanner, modeller and rendering. You want to talk weird days on set imagine a dude having a scanning wand over you body and spending a disturbing amount of time waving it over your junk, I can't imagine why one would need an overly accurate render of my dingus but life as an extra is strange. Of course though there are days when it's 10-20 cameras at all angles photographing or recording you alone on a green screen or platform.

For crowd scenes you're usually in a large tent or several buses stacked outside the stage. On the rare occasion you'll get a warehouse to hoard you all in, but be warned winter is easy, heaters are abundant, summer is coming and hundreds of bodies versus unreliable air-conditioning equal a lot of sweaty, discomforted, grumpy extras exuding body heat in period clothing with physical exhaustion, which I suppose isn't so bad if you're in a...

Playing dead. Literally. Unless it's some big battle like Game of Thrones or Lord of the Rings, it's unlikely you'll be there in the hundreds. Days where you do the least but somehow are some of the most tiring, as you do just lay around, on your back in the dirt, the snow, on your front face down in the mud e.t.c. This is fine, as sometimes you can even take a nap, I just wouldn't recommend it if you happen to be prone to occasionally snoring as I have been in the past, it can get very awkward when they have to stop filming to accommodate what sounds like the dying gasps of a suffocating constipated rhinoceros in the background. Depending on the scene you could be dead for day or a week. I once spent a week in a stunt man's rags in baking 38.5° C / 101° F with 80% humidity getting bad sunburn on my face having the rotund angry wardrobe lady step of you intentionally even if there's literally (and I mean literally) 50,000 sq ft of empty stage space they could choose to walk through instead, she chose you and your fellow extras to step over and remark "don't look up my skirt", which you want to snarkily tell them to bugger off but being the lowest rung on the ladder you can't, so instead you unhealthily internalise your rage letting it build and bubble under the surface, ever growing, ever boiling and... where was I going with this again?

Generally speaking these are easier days as you're generally not required to do much adn unlike Crowd Scenes, you're not required to react or havy anything or anyone on your shoulders, just so long as the principal actors and crew deliver on their ability and don't mess up takes - which again speaking from both experience as a background extra actor and a lead actor... we screw up, a lot. It's human... and annoying. Also you tend to not do any continuous days, which is when you have no break for lunch, just a quick in and out, and not the delicious burger kind local to Southern California. Mind you the food on set tends do be better too, especially if you're not in a crowd of corpses but just a few people, as it's not mass produced for the hundreds of people in a crowd but generally of better quality for less people with access to the craft table too. Then again, the food is always best on...

My personal favourite is when it's max 10-12 of you and you're used when needed and as mentioned, the food is better and more specialised, more on that in a minute. Close knit groups are small numbers of extras who over a week or longer shoot socialise and grow closer together. Quite often you'll make a friend for life on these sets as it's almost like being on a lads (or ladies) holiday together, you're all sat there, usually in uncomfortable awkward costumes, stuck as dead bodies or people chatting in a restaurant nearby, so there is bonding going on. Not to mention, on set when you are playing people who chat in the background, you're often forced to socialise with your group and as a result become much closer. It can be quite nice to be a group of several people, who are in a common situation, often if you're there you're with a diverse bunch of people of all kinds of backgrounds and personalities, like the pretty girl who dreams of being an actress or a model, the lovable loudmouth guy who wants to make everyone laugh, the people who have day jobs or are retired and just want to do this for a bit of fun and some extra cash, and of course the strange oddball who is very proud of his two terabytes of downloaded 1080p HD porn collection on a dedicated hard-drive... yes that was an actual guy once who wouldn't shut up about it - it was super weird. But the point being is that despite all these backgrounds you've got the set, the good, the bad, and if you're doing this, a bit of a love of film and interest in film-making at your cores, so whether you're dreaming of stardom, doing it for cash, or have 2TB of porn on a hard-drive, you bond over your situation and your love of the world around it. You make friends, you play cards - I even bring my Nintendo Switch and in off time we play Mario Kart 8 Deluxe to keep us entertained - you become bonded over the ridiculousness of being background extra.

Overall in the end, being an extra isn't financially stable and you're certainly not doing it for the glory or to make friends with the stars, who some, like Ezra Miller or Taron Egerton are extremely nice, personable and often make an effort to talk with you, treating the background like humans - or even once grabbed us a bunch of speciality iced smoothies from the "above the live" special food cart on a particularly hot day. Others however have a bit of an issue talking to the human props or even the human props looking at them, generally be wary of these people, I won't name names but some will have you absolute reamed out by the assistant director or even fired for talking daring to say a couple of works to them directly. I know, I've made that mistake myself. But it can provide a decent amount of extra cash, which in my case has helped in the past to finance my creative endeavours or my personal life, so I can focus on them. A job is a job as they say, but it can be good to get some experience on set and learn from the bottom up, I've found it gives perspective. In fact for Producers and people who often taken on larger roles, it can be a surreal eye opening experience to be on the bottom rung of the ladder - and I personally recommend trying it.

If you want to do extra work here are some good agencies to sign up with that will try and get you some work.

or there are other manual sites for applying such as: Mandy (formerly: Casting Call Pro) or StarNow UK / StarNow US

How to Stay Creative in Quaratine

Can Bottle Episodes Make You An EXCELLENT Creative Writer?

Is Mobile Gaming a threat to Consoles?

Top 5 Reasons Why Online TV is better than Traditional TV

How to Stay Creative in Quaratine 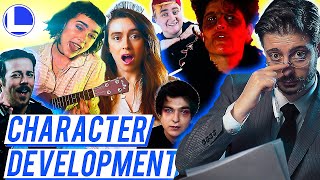 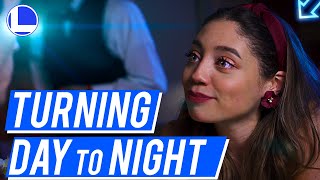 How to turn Day into Night in Camera

Can Bottle Episodes Make You An EXCELLENT Creative Writer?

Manage Your Blog from Your Live Site

Blog on the Go

Organize Your Blog With Categories